“Joe and his IMP” 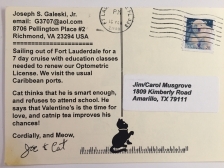 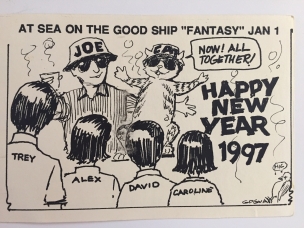 Joe was from a family of optometrists, he was of the third generation. His son decided not to follow the path:  he made the decision to become a MD.  His Dad thought he did the right thing, following the path of his choosing.  Joe served our nation during World War II.  He was 88 years of age when he died. He and his wife had been married for 65 years.

The first Amateur Radio Operators used Spark Gap transmitters.  A few used Arc Gap transmitters:  they are different and came a little after the first Spark Gap transmitters and before the first vacuum tube transmitters.  Arc was similar to Spark, but had some serious differences.  Arc produced what is known as continuous wave, what everyone references as CW.  There was just a small percentage that used Arc transmitters.  Vacuum tube transmitters produced continuous wave.  That term continuous wave or CW is a bit misleading: it isn’t continuous, but out of convention as we progressed through some time eras, I think it best we continue calling it CW.
The first vacuum tube CW transmitters were not crystal controlled.  One of the primary reasons for electing to use crystal controlled oscillators was to maintain constant frequency when the winds blew their aerials (we call aerials antennas these days).  Without getting into a major discussion let me just leave this with the comment that winds caused changes to be reflected back to the frequency determining part of the oscillators.  The cure in that era was to use a crystal controlled oscillator.
Early crystals were a bit different than those with which most had any familiarity.  The crystals, this included the holders, were rather large compared to what most of us have ever seen or used.  I started  out as a novice class operator in 1955 and used FT-243 crystals. The FT-243s were a product of World War II.  The piece of quartz itself in the crystal holder was rather small compared to the large crystals used in earlier transmitters.  I have been told by various people that quartz became our military’s number 2 priority during World War II.  If I had to place a bet, my money would definitely be on quartz being number 2.  The point here is that something had to be done to conserve on the amount of quartz used.
Our Military moved into crystal controlled operators in World War II.  Most of our quartz was being harvested in South America.  My understanding is that it was dangerous to ride aboard a ship carrying quartz, our enemy loved to sink those vessels.  Apparently we had to start transporting quartz with aircraft.
Most today wouldn’t believe the number of “Mom & Pops” crystal firms that surfaced during World War II to meet the nation’s need for FT-243 crystals.  One of the largest was Scientific Radio Products at Council Bluffs Iowa.  The head was Leo Meyerson, W9GFQ, who previously ran Wholesale Radio Products that focused on amateur radio operators.  After the war Leo sold his part of the crystal operation to his partner who wound up moving the firm to Colorado.  Leo put his amateur radio store back in operation.  A bit after the war, hams had been given their bands back.  Leo changed the name of his store soon after to World Radio Products.  The FCC at some point created the zero (0) call district and Leo’s call became W0GFQ.  Some of you will remember the Globe Scouts, Globe Champions, and Globe Kings.  They were WRL transmitters.
Back in the 1990s I was a test engineer at Motorola and wound up with a job assignment that took me to McCoy Electronics at Mount Holly Springs, Pennsylvania, just a few miles out of Carlisle.  There were times I got some really fun assignments and this was one of them.  McCoy was a firm that had been in existence for several years, they were manufacturing some rather precise double oven crystal oscillators at the time.  McCoy also made crystals.  They weren’t the first firm in that area to make crystals.  Several crystal firms existed in that area.  Three students and a college professor “started the fire” that resulted in many area businesses being created to meet the demands.
Dickinson College in 1930 hired W.A. Parlin as a physics professor.  They also had an amateur radio club station, W3YC.  Some of the students decided the transmitter needed to be crystal controlled and, with the help of a father of one of the boys, they acquired a crystal.  You know how this works, 2 crystals would be better than 1:  thinking about it, 3 or 4 would be even better.  Three of the students, Edward Minnich, Howard Bair, and Charles Fagan plus Dr. Parlin turned to the idea of grinding their own quartz.
Grover Hunt, a college maintenance staff member watched the students finishing crystals one night.  He had been working with some petrified wood he had brought back from a trip to California to make a chess set.  He asked a few questions and quickly visualized a cash register going clunk, clunk, clunk as it filled with money and quickly lost interest in his chess set.
Cumberland County, Pennsylvania would up with a significant number of people involved in the world of crystals, oscillators, and crystal filters given a bit of time.  The world changes too, and as I type this, I don’t know what, if any, of the crystal operations still exist in Cumberland County that served as home of these firms.
There was also a synthetic quartz firm owned by Motorola in that area.  The term synthetic is misleading:  regenerated quartz would be a better choice of words. Synthetic quartz is created using huge underground pressure cookers over a period of a few weeks.  The process allows one to use small chunks of quartz that earlier would have been useless.  The final results are bars of quartz that are purer than what the firm had been cutting earlier.  My understanding is that virtually all quartz now is synthetic. 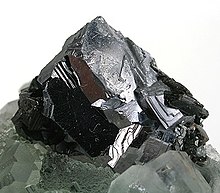 As I think back, a much younger Jim fell in love with that part of our country.  The area was beautiful:  the crystal and oscillator manufacturing was neat, too.  The people of that area were fantastic.  I was impressed enough that I took Carol, my YF, there on vacation later.  Yes, she was given the grand tour in 2 or 3 of the crystal facilities.  They all spent time explaining various things about the operation and the products.  The countryside was absolutely gorgeous.  I have some memories of a beautiful stream.  Pretty sure Carol had a great time.  I took her to see Gettysburg, too.  The regional food might not have been barbecue or chili, but it was still a definite winner.  Truthfully I would like to kick around there again.